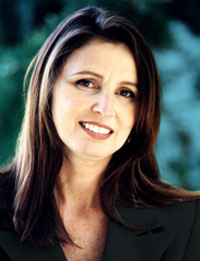 KELOWNA, B.C. – October 2, 2018. Despite slower sales activity of 585 residential sales in September compared to 709 the previous month and 740 last year, average price across the region of Revelstoke to Peachland inched up 5% over August and 8% over last September, reports the Okanagan Mainline Real Estate Board (OMREB).

“We’re seeing a shift across the region with all signs, save average price, pointing to a market continuing to transition from a sellers’ market to one that would favour buyers and sellers more equally,” comments OMREB President Marv Beer.

“While average price, at $534,943, crept past both the previous month’s pricing and this time last year, houses are sitting on the market for longer so it’s likely only a matter of time before we start to see downward pressure on price,” says Beer. Beer was quick to note that average price can swing from month to month, depending on the mix of higher and lower-priced homes that sell in that timeframe.

Other indicators of a normalizing market include an increase in the time it takes to sell homes, with 90 average days on market for September, compared to 78 last month and 78 last year. Rising housing inventory is another signal, now 29% higher than a year ago with more supply slated to come on-stream within the next year or two.

“More supply means buyers have more choice and, as a result, tend to become more discerning. This can ultimately can affect price, however real estate markets are never quite that simple, as other factors are also at play,” says Beer.

Already checked by higher interest rates, the market may react to predictions of more hikes, now more likely with the US Federal Reserve’s most recent rate increase and the Bank of Canada’s pledge that rates will rise in October. Government policy changes, such the proposed speculation tax slated to be voted on in October can also have a dampening effect. Conversely, the market is bolstered by strong provincial economic fundamentals such as low unemployment and demographics that include millennials ready to purchase their first home.

Looking at buyers of homes in the region, the latest results from home sales closing in August reveals a strong showing of first-time buyers at 16%, although two-parent families with children topped the list at 30% of buyers. Those buying for revenue or investment purposes were 14%. Typical for the region, the largest buyer group, at 56%, comprised those who already live in the area, with the next largest groups being those from the Lower Mainland/Vancouver Island at 21% and those from Alberta at 12%. Foreign buyers were just 1%.

Beer notes that buyer profiles for the region have remained consistent over the eight years of data collection. “While the BC government would have us believe that speculation by foreign buyers and those from other provinces is making homes here less affordable, the reality is that at 84%, the vast majority of buyers in this area are BC residents, and that figure changes only slightly year over year” says Beer adding “Clearly, the solution to greater affordability lies elsewhere.

OMREB is a member-governed not-for-profit association representing more than 1300 REALTORS® and 89 real estate offices within the southern interior region of British Columbia (Peachland to Revelstoke). The Board is dedicated to providing leadership and support to its members in their pursuit of professional excellence.